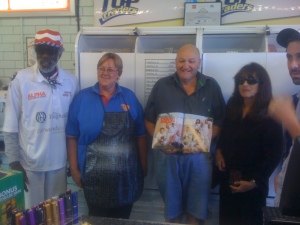 Photo shoots and autographs with locals via the Marie Claire article found in the magazine rack at the local ‘servo’ in Skipton!

Ted Hayes motivational speaking and especially his honouring of elders in front of the town at Harrow.

Ted Hayes chasing a kangaroo through the bush whilst ‘spotlighting’.

Lenny Coops Man of the Match performance batting and bowling for the Mullagh XI.

Powerful cultural education at the Brambuk Cultural Centre in Gariwerd (Grampians) including some hilarious (and dangerous!??) boomerang throwing! 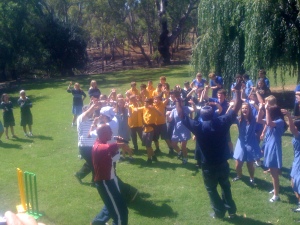 (Including post game on Monday night in front of the town and leading a rap workshop and cricket clinic with 60 students representing Edenhope, Goroke and Balmoral Schools the following morning.)

Local indigenous cricketer, Barry Firebrace being made an honorary member of the Compton CC and his unbeaten knock against ACS.

Lots of great chats about the love and struggles of the game of cricket and what it means for us in each of our differing contexts.

Dreaming crazy dreams of the many ways we may continue to support our communities and build connections through the game we love!

Stuart Welsh and David Sprigg for driving huge distances and running a cricket clinic at Harrow.

Uncle Wayne ‘Swisha’ Bell from Heywood and the local Wotjaboluk elders for welcoming us and pulling together the Johnny Mullagh XI Team.

Harrow & District local’s for their hospitality at the Conniewirrico campsite.

Ian Hammet and the Chamberlin Trust Committee of the Australian Cricket Society for organising the immaculate University Oval courtesy of Melbourne University CC for the match against the Wandering XI. 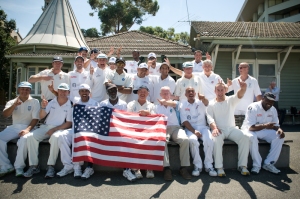 Barry Firebrace and Rob Hyatt from Indigenous Sports and Recreation, Victoria for playing with the Compton CC against ACS. 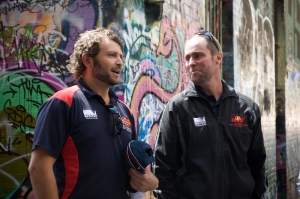 Hugh Snelgrove and Katy Haber for managing the Australian Tour and working so hard on publicity.

Hip Hop… Hooray for the first All American Born Cricket Team to tour our shores.